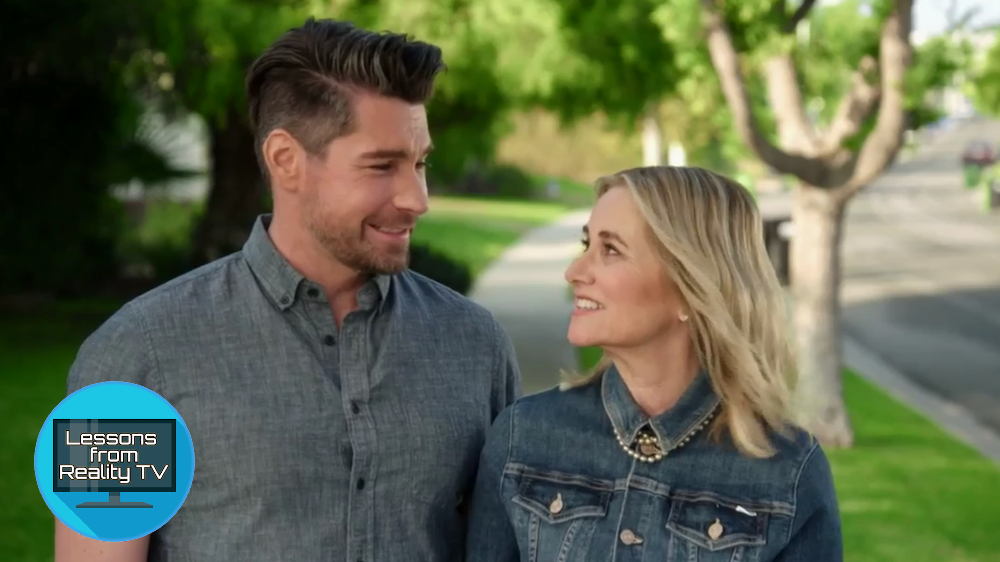 On “Frozen in Time,” designer Dan Vickery and Maureen McCormick (Marcia of “Brady Bunch” fame) travel around Southern California updating drab homes from the 1950s and ’60s. Yet rather than replace the decor with a whole new look, they often try to bring these homes back to their midcentury modern glory.

Midcentury architecture has seen a resurgence in popularity, so it makes total sense that Vickery and McCormick would work to preserve this style. Yet they can’t keep all the original details, lest these houses look stuck in a bygone era.

Not sure what to keep, or toss, to achieve a midcentury look that’s still, well, modern? To guide your design decisions, take a look at what this renovation team preservesâand what it lets go.

Probably the first midcentury modern feature that Vickery and McCormick are more than happy to toss is shag carpet. In fact, in the “1961 House” episode, they encounter a home with wall-to-wall shag carpeting, even in the kitchen and bathroom!

“It was not only dirty and dated,” Vickery says of the carpet, “but it was sucking up all the light in this room.”

Vickery and McCormick decide to replace the carpet with vinyl flooring, an inexpensive yet beautiful alternative. When the floors are finished, the home is transformed. While the shag carpet made the home look drab, the new flooring gives the space a clean, bright vibe.

Keep: pastels in the bathroom

While many people want a midcentury look in their living room, it can be hard to incorporate the same style into the bathroom, since this is a space homeowners want to feel modern and sleek.

Vickery and McCormick set a good example in the “1958 House” episode, when they redo a bathroom with modern appliances, but give it a ’50s vibe with a retro color.

The bathroom already has pink hues when they find it, but they update the space with stylish mirrors, new tile, and a fresh coat of paint. It looks beautiful!

âPink and white were totally the colors that you would see in a bathroom from the ’50s,â McCormick points out when the bathroom is finished.

The “Stuck in the ’60s” episode is all about creating a midcentury kitchen that will work in the 21st century.

During this renovation, McCormick and Vickery are tasked with the challenge of taking a 1980s kitchen back to the 1960s, while also updating the space to modern tastes.

One way they do this is with simple cabinet doors, which could go with both modern and retro styles.

“The cabinets, because they’re flat-face, are reminiscent of a 1960s kitchen,â Vickery explains.

Plus, these cabinets are high-gloss white, which makes the space feel clean and modern without taking away from the midcentury-inspired backsplash.

âIn the 1950s, they were strongly influenced by nature. You would see this a lot, where they would force you to have landscaping inside the home,â Vickery explains.

After ensuring the planter has proper drainage under the house, McCormick helps the homeowner by planting some greenery in the spot. With the planter full of beautiful green leaves, the entryway now feels more lively.

While McCormick and Vickery want to embrace many midcentury features, they run into a color they refuse to keep in the â1950 Houseâ episode. This house is covered in bright pink paintâand Vickery, McCormick, and the homeowners want the color changed.

McCormick helps choose a mint color thatâs reminiscent of the era without seeming too bold. When the house is finally finished, both the designers and homeowners are relieved.

Vickery and McCormick work hard to update each home, but they know that some features donât need to be changed at all.

In the â1955 Houseâ episode, Vickery and McCormick find an old home with a great living room. While they update the space by taking the wood paneling off the walls and switching out the furniture, they keep the fireplace exactly the same.

While its dark brick may not be as popular these days, the fireplace with its chunky wood mantel looks great in this home, so Vickery and McCormick decide to keep it as is.

âThere are a lot of things that have not gone out of style. I mean, everybody still wants exposed beams. Everybody wants a fantastic fireplace to gather around,â Vickery says.

The post ‘Frozen in Time’ Reveals What To Keep (and Toss) for Maximum Midcentury Charm appeared first on Real Estate News & Insights | realtor.comÂ®.