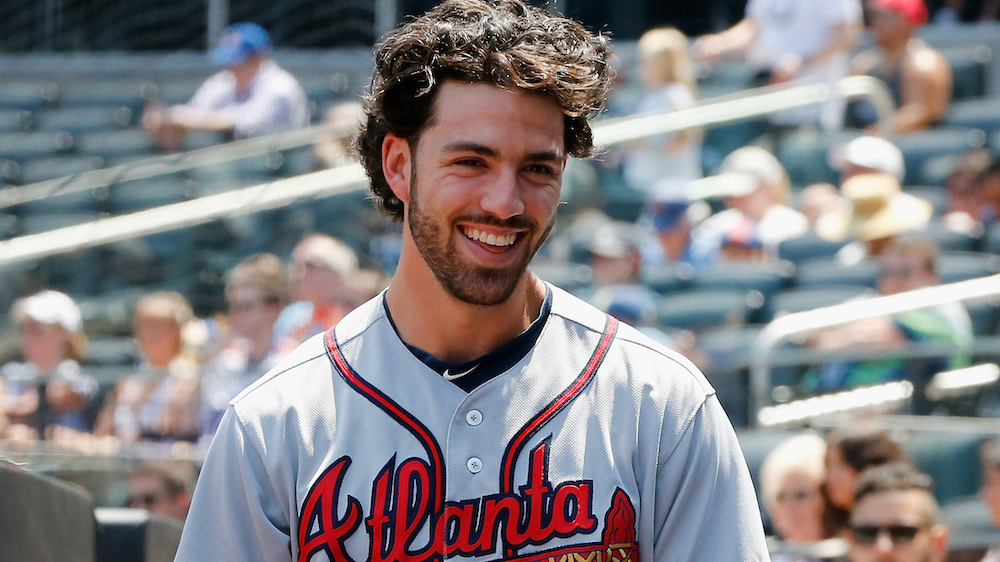 The Atlanta Braves shortstopÂ Dansby Swanson has purchased a new home base in Atlanta for $1.63 million. He picked up his new digs in November 2020.

The brand-new build initially landed on the market in June 2020 for $1,695,000. The price was shaved down to $1.67 million in the fall, before Swanson managed to negotiate an even lower price to seal the deal.

Set on 1.3 acres in the city’s Sandy Springs area, in an older but quiet neighborhood, the brick estate was completed in 2019 by John Willis Custom Homes.

With five bedrooms and 5.5 bathrooms on 4,529 square feet of living space, the open floor plan is designed for entertaining. There are cozy living spaces both inside and outside. The layout features a walk-out backyard, with a covered patio and outdoor fireplace for colder evenings.

The dining room and paneled study have plenty of natural light streaming in. The family room features a fireplace flanked by custom built-ins and a wet bar, and the room overlooks the spacious and private yard.

In the chefâs kitchen, there’s a gigantic marble island, custom cabinetry, stainless appliances, and a large walk-in pantry. The kitchen opens to the breakfast room and family room. A guest bedroom completes the main level.

Upstairs, the master suite offers a designer bathroom with a walk-in shower, oversize tub, and double closets with a dressing area. There are three more en suite bedrooms on the upper level.

Watch: ‘Bull Durham’ House in NC Is Actually a Historic Gem From 1880

Additional features in the home include a home office, mudroom, and powder room. The unfinished basement is ready for personal touches and is already equipped with plumbing.

The 2,016-square-foot townhome features a white and gray palette, an open plan, two bedrooms, and 2.5 bathrooms. A comment on Reddit from a delivery driver for Uber Eats told how he delivered the baseball star a small buffalo chicken pizza at the townhome about a year ago. Stars, they’re just like us!

Apparently, the Atlanta native also maintains a home in his birthplace of Kennesaw, GA. He purchased the four-bedroom build in 2017 for $315,000, bought through an LLC he is associated with.

He grew up in Cobb County, GA, where he attended Marietta High SchoolÂ and played basketball and baseball. He made his big league debut in 2016 for his hometown team. Now heading into his sixth season with the Braves, the slugging shortstop has become a fixture in the infield.

Swanson was represented by Shanna Bradley with Ansley Atlanta Real Estate for the purchase of his newly acquired home and for the sale of his townhome.