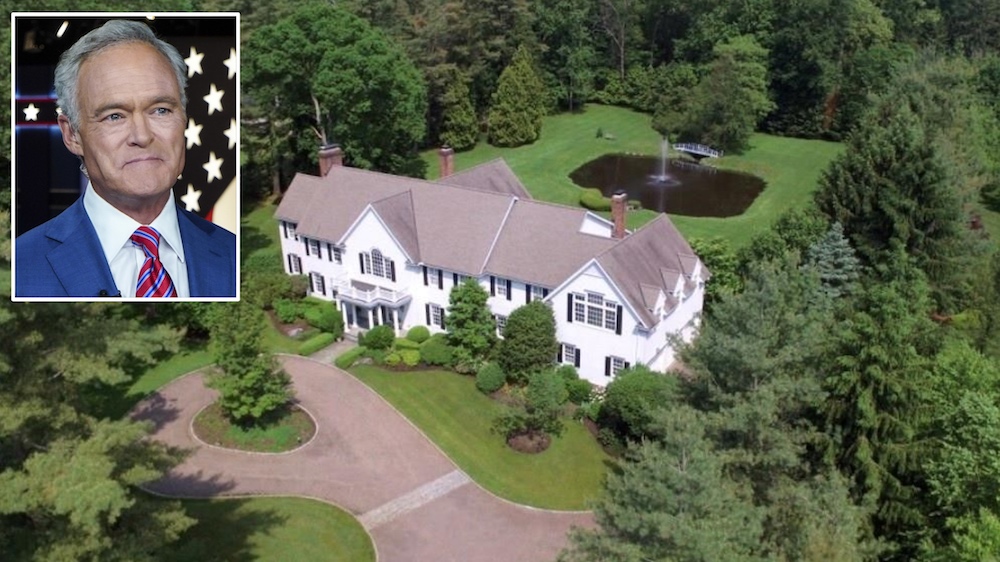 The former “CBS Evening News” host initially listed the home in 2017 for $3,985,000. But with no takers, the listing eventually came off the market.

Built in 2002, the five-bedroom, seven-bath estate is situated on a cul-de-sac. Its 2.4 acres include level land and manicured lawns.

The chefâs kitchen includes double ovens, a gas cooktop, and island with bar seating. It opens to a sunny family room with views of the property and pond. For the work-from-home crowd, the mansion offers a spacious office with wood paneling and fireplace.

There’s also reportedly a studio, which allowed Pelley to work on “60 Minutes” segments from homeâand which he dubbed the Darien bureau.

Watch: Chuck Woolery Hopes a Buyer Will Make a ‘Love Connection’ With His Texas Home

The master bath includes a soaking tub, stand-in shower, and dual vanities. The remaining bedrooms are also on the upper level. Other spots in the home to unwind in include a library, terrace, and basement.

Pelley has been a correspondent and anchor for CBS News for more than 31 years. He served as the anchor of the “CBS Evening News” from 2011 to 2017. He’s currently a correspondent on “60 Minutes.” In 2019, Pelley wrote “Truth Worth Telling: A Reporter’s Search for Meaning in the Stories of Our Times.”